Jaisalmer is well connected with the rest of the state of Rajasthan and India by numerous rail, road and air routes, which make moving around the city quite easy. Traveling to the city or inside the city is hassle free with several modes of transport available. Being a tourist destination, special attention has been given to transport facilities that cater to the needs of every kind of pocket.

If you are traveling within Jaisalmer, the general transportation will include buses, auto rickshaws, cabs and bicycles. Buses are more reasonable, while auto rickshaws and cabs can be availed if you have enough cash to shell out. Cabs that operate around Jaisalmer are both government-operated ones as well as privately run. It would be a wise idea to go for the government operated cabs as they hold authentic rate-cards. Buses on the other hand are quite cheap. Meanwhile, there is another mode of transportation primarily for tourists in Jaisalmer, bicycles. One can hire bicycles on an hourly or daily basis to tour around the city.

For the ones who like exploring places on their foot, walking around can be a pleasurable tour around the city as it is comparatively a small place. If you have energy and the adventurous spirit in you, take a walk around Jaisalmer to get the real feel of this Rajputana region. However, all foreign visitors visiting Jaisalmer currently have to pay a tourist tax of Rs.20. 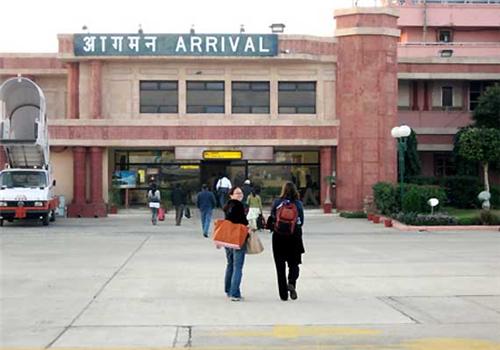 Jaisalmer has an airport that only serves military purposes and is managed by the Indian Air Force, and does not cater to any commercial uses. The nearest airport to the city is the Jodhpur Airport, which is nearly 285 km / 177 miles from Jaisalmer. Domestic flights from major cities like Delhi, Mumbai and Hyderabad land at the Jodhpur Airport, from where one has to take a train, bus or taxi/cab to reach Jaisalmer. Other airports that fall in close proximity are the Udaipur Airport and Jaipur Airport.

Several efforts have been made in the past to operate commercial flights in Jaisalmer but none materialized as the city is very close to the Pakistan border. However, Jaisalmer will soon get a commercial airport of its own that is presently under construction. 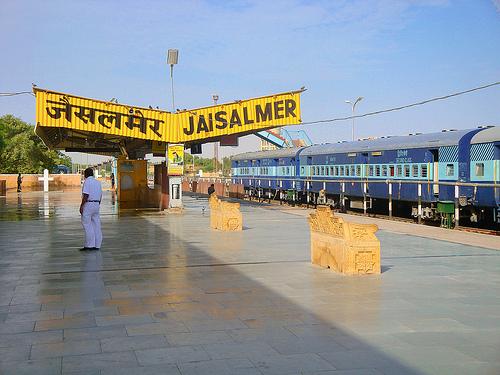 There are several trains to and from Jaisalmer connected by broad gauge and meter gauge rail to all other cities in Rajasthan and India. The city’s main railway station is the Jaisalmer Railway Station, with direct trains available from Jodhpur and Delhi. The famous “Palace on Wheels” also has a stoppage in Jaisalmer. 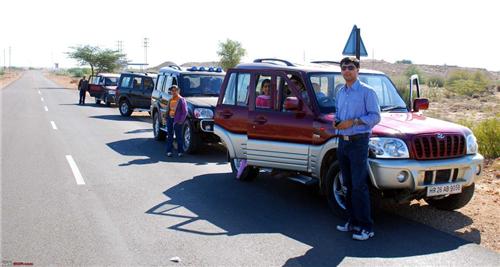 Jaisalmer’s road network is also very good and one can chose from buses, taxis/cabs and bicycles. The city is well connected to other cities of Rajasthan including Jodhpur, Jaipur and Bikaner and also with India’s major cities.

The Rajasthan State Road Transport Corporation (RSRTC) has daily bus services from Jaipur to Jaisalmer, while several travel and tour agencies provide chauffeur driven cars on a per day and per kilometer basis to reach the city as well as to tour around. There are also other options such as renting bicycles and bikes on an hourly or daily basis, or simply touring the city on your foots!