Satyajit Ray and The Golden Fortress 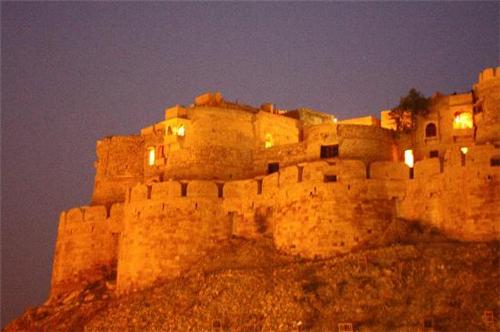 Oi Dakho Sonar Kella!! Ota to Dustu Lok!! Tai?? Vanish.......!!
The dialogue needs no introduction for any Bengali movie buff. This is now a cult dialogue from the famous Satyajit Ray Feluda series ‘Sonar Kella’. For all who have watched Sonar Kella or the Golden Fortress with subtitles cannot forget Mukul, Dr Hajra and Feluda and ofcourse the Golden Fortress which is actually the Jaisalmer Fort. 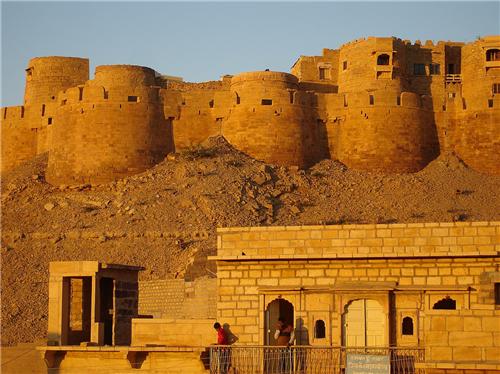 The story of reincarnation takes a detective turn, when Mukul, the protagonist of the movie, remembers of hidden gems in a place far away from Calcutta. His father takes him to a parapsychologist Dr Hajra who believes him and offers to help him by taking him to places that he describes. This is how Dr Hajra lands in Sonar Kella as Mukul remembers staying in a ‘golden fortress’  surrounded by deserts and peacocks and hidden gems and thus the story unfolds from here. 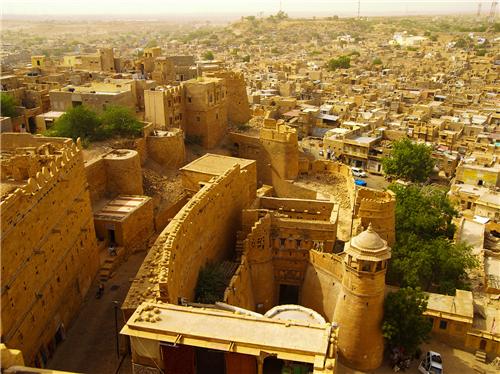 The golden fortress or Sonar Kella round which the story revolves is the famous Jaisalmer Fort in Rajasthan. Jaisalmer Fort which is a World Heritage site was built in 1156 AD by Rao Jaisal. Made up of yellow sandstone, some of the major attractions of the fort include Raj Mahal, Laxminath Temple and four elaborate gateways.  Satyajit Ray has immortalized the Fort with his grand cinematography and artistic brilliance. Today hundreds of tourists and almost all Bengalis who visit Jaisalmer make it a point to visit Sonar Kella. 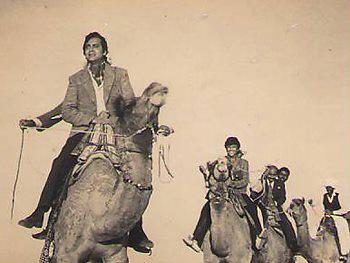 Sonar Kella is not only about Jaisalmer Fort. Ray has wonderfully captured the ethos of Rajasthani culture in this film with camel rides and Rajasthani folk music. Mukul along with Dr Hajra and Feluda who is appointed by Mukul’s father  to protect his son after a failed kidnapping by Burman and Bose (the villains of the story) who follow Mukul in search of the gems traversed through several parts of Rajasthan. The camel caravan that Feluda takes during his journey to save Mukul is portrayed wonderfully by Satyajit Ray.

Other than Sonar Kella, Satyajit Ray has also used exotic locations of Rajasthan as a grand backdrop another of his very popular movies – Shatranj Ke Khiladi or The Chess Players.