The Whirling Tornado of the Sands of Jaisalmer: Queen Harish 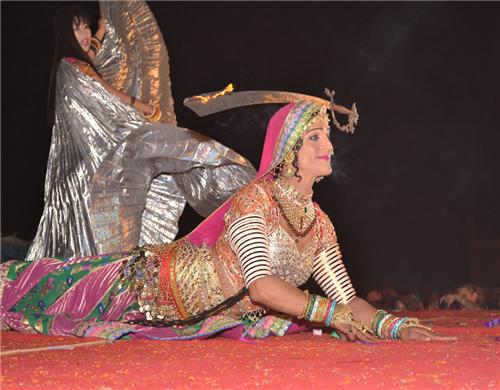 Harish Kumar, born in Jaisalmer, was a normal villager who lived with his parents and gradually went on to becoming the only bread-earner of the family until he realized his passion. His journey began like any other poverty stricken struggler who wanted to make it big in life by following his passion. He started out by dropping out from school and going on to working in a local Post office. He discovered his passion for dancing when he was quite young and joined a dance troupe after dropping out from his school. In the day he would run errands delivering letters and at night he practiced dancing with his troupe members. It, naturally, wasn’t an easy journey but his hard work, dedication and drive towards becoming a famous dancer made him Queen Harish - The Drag Dance Sensation of Bombay.

His fascination for Bollywood and Indian cinema inspired him to become a popular dancer across the world. Yes, he is popular across the world and not just in Jaisalmer or Bombay.  He has two sons for whom he is a loving father and is also a caring husband for his wife. He has many more brothers and sisters for whom he works hard to earn money day-in and day-out. The dual life he leads, the one as a man and bread-earner of the family and the one as the Queen dancer of the desert, has given the “best of both worlds” according to him. The former has popularized him as the best whirling dancer of India and the world along with being a talented belly-dancer. He sets the stage on fire and his feet become invisible like the blades of a ceiling fan when he starts spinning around in his large and heavy Ghagra-the traditional attire of Rajasthani local women.

Queen Harish has performed across several countries of the world as the whirling sensation of Rajasthan. Some of his claims to fame performances include his participation in the Raqs Congree in Brussels, Belly Dancing Championship in Seoul and Desilicious in New York. He has also participated in the popular reality show on Colors called India’s Got Talent. 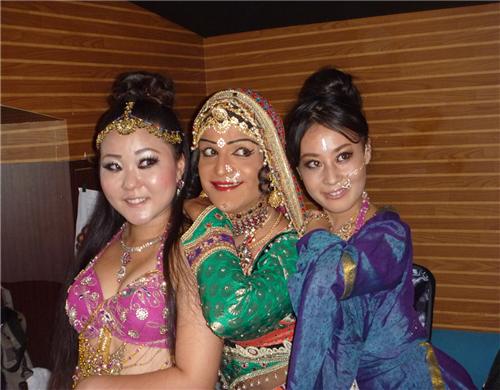 His most popular act was his ramp walk in the Wills India Fashion Week Show of 2010 where he sported the designs of Hemant and Lecoanet and was greatly encouraged and appreciated with whistles and claps by the famous Bollywood designer Rohit Bahl.

He started off 10 years ago as a trained dancer who performed only for foreign tourists. His dance performances along with his dance troupe were a major tourist attraction of Jaisalmer in Rajasthan. He has traveled across different continents like South Korea, Japan, Europe and even the United States to showcase his art on stage with his breath-taking dance. He has many followers among men who are dazzled by his femininity and his dance performances.

There is no famous make-up brand in this world that does not adorn the make-up kit of Queen Harish. He has everything from the foundation of Lakme to the face powder and blush-on of Revlon and Lipsticks of M.A.C.

His entire routine of dressing up as the Dancing Desert Queen takes almost more than an hour. He puts on layers of foundation and face powder to soften his manly features and make him look as feminine as possible. Fake eyelashes, eye-liner and mascara are used to highlight his eyes and become a dancing sensation with seductive eyes. His heavy Ghagras are so pretty that any woman would love to have each one of his dresses as a prized possession. He puts on traditional Rajasthani style bangles up until his upper arms. Fake silicon breasts add the final touch to his daily routine to be transformed from Harish to Queen Harish.

His fans and admirers often try to come up backstage just to get a glimpse of the Queen, up close. So on your first or even the next trip to Rajasthan, make sure that you do not miss the world famous performance of this male dancer who blurs the lines between manhood and femininity every time he steps on to the stage.